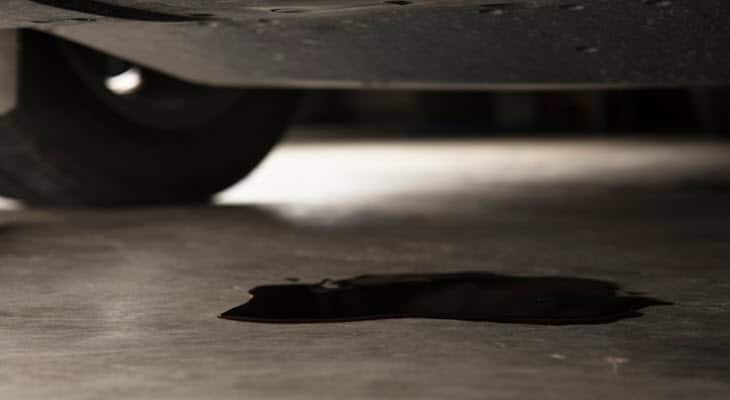 One of the main allures of Jaguar vehicles is in the exemplary performance of their engines. So when the engine develops leaks, this performance becomes significantly diminished, leaving drivers frustrated.

Engine oil leaks are a common occurrence that many Jaguar drivers have had to deal with at some point in the course of their ownership. These leaks can happen due to many reasons, and when they do, it’s important to know what steps you should take to fix the problem. Below are some of the main reasons why engine oil leaks happen in Jaguars.

The engine being an in and out system, where oil goes in and out in this case, has smaller components that ensure that oil stays only where it’s supposed to be. These seals effectively prevent oil from going into unwanted parts of the engine, where it can cause damage.

These seals are often made of rubber. Considering how hot the engine can get when it runs, rubber isn’t the best material in this environment. So it comes as no surprise when these rubber seals wear out over time due to repeated expansion and contraction. This constant change causes the rubber seals to dry out and become brittle, leaving them unable to contain the oil in the engine. What often follows this dryness is that the rubber seals develop cracks through which oil starts to leak out of the engine.

The oil pan is yet another vulnerable part of your Jaguar that can cause engine oil leaks. This component is located beneath your car where it can be affected by your conditions of driving. Because most roads aren’t always smooth, the oil pan underneath your car often gets impacted by rough driving on uneven or pothole-filled roads. The result of this is that the oil pan can get punctured by debris from the road which includes small sharp stones.

A punctured oil pan will cause the oil gasket seal that holds the oil in the engine to be unable to contain the oil. When this happens, you will notice leaks under your car.

Jaguars have an indicator line to show the appropriate levels of oil that the engine should have at any given refill or oil change. Some people think having a little extra oil in the engine will prolong the time it will take to go in for another top up or oil change. This is absolutely not true.

When there is too much oil in the reservoir, the cap won’t be able to seal it in completely, and what will follow is an oil leak. Oil leaking onto other parts of the engine can cause severe damage to your engine or even an engine fire.

If you notice a brownish puddle under the front end of your Jaguar after parking somewhere for a while, chances are that you have an oil leak. This brownish liquid will likely have a rainbow hue when the light hits its surface at an angle and that’s one way to be sure that it is oil and not coolant.

The only way to prevent engine oil leaks is to stick to the recommended servicing and maintenance schedule from the manufacturer. This will help your mechanic to catch any potential points of leakage and fix the part before any grave damage is done to your engine.

While sticking to your manufacturer recommended servicing, you should also ensure that you adhere to the required amount of oil in the engine and that you are using the recommended engine.

Engine oil leaks can pose a safety hazard to you and other road users. Engine damage from these leaks can put a huge 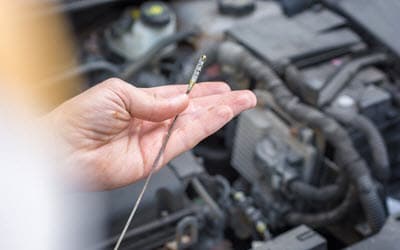 dent in your finances, so seek the help of certified mechanics to help fix the issue.

Schearer’s Sales and Service, Inc. has got you covered if you’re in areas around Allentown, Bethlehem, and Macungie, PA. Our team of trained technicians is experienced in servicing foreign vehicle models, including Jaguars. Call us today and we’ll help keep your engine from severe damage.